Councilmember Jack M. Guerrero | City of Cudahy. California
Jack Guerrero not only beat back a vicious well-funded assault from Democrats and Marijuana interests during his most recent campaign, which included an altered photo portraying him in a Nazi uniform, but he won his race for City Council and his slate of reformers captured majority control of the Cudahy City Council.

Jack Guerrero, the son of Mexican immigrants, has a distinguished career in the private sector as a certified public accountant, advisor to Fortune 500 companies, investment banker and corporate executive. He grew up in the Los Angeles County city of Cudahy, which is 96% Latino and comprised mostly of working-class immigrants. Guerrero attended local public schools and graduated from Stanford University and Harvard Business School.

Jack returned to his hometown and became involved in local politics after being outraged by a series of corruption scandals and rampant fiscal mismanagement in city government. GROW Elect played a key role in his election and reelection. Councilman Guerrero has received attention for his efforts to reform the city’s financial practices, and he has successfully secured an independent audit of city finances by the State Controller. 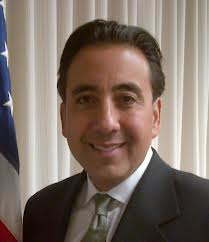 Mayor Ignacio Velazquez | City of Hollister, California
Businessman Ignacio Velazquez became Hollister’s first directly-elected mayor in 2012 with the help of GROW Elect. Ignacio ran a campaign to provide a forward thinking agenda that is business friendly and focused on economic development in a city which suffers from severe unemployment. As Mayor, he is bringing fiscal responsibility to City Hall by making tough decisions to balance the budget and working with the community to streamline city operations. He won his fourth two-year term as mayor of Hollister in 2018. 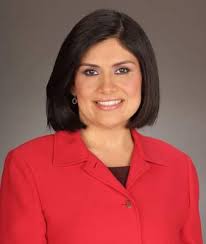 Ceci’s election, with the help of GROW Elect, to the Santa Ana Unified School Board was an upset win that surprised both Republicans and Democrats. On the Board, her priorities are ensuring every student learns how to read, write and speak English in this heavily Latino and immigrant district and to spend more money directly into the classroom.

Ceci is a product of the Santa Ana schools herself. She immigrated with her family to the United States and to Santa Ana three decades ago from El Salvador. Ms. Iglesias founded the Santa Ana Family Empowerment (S.A.F.E.), a non-profit organization, to provide homework assistance to deaf and hard-of-hearing students. She is certified in American Sign Language and has tutored deaf students in Language Arts and Math.

Mario Guerra has cut red tape for businesses in his city, balanced the budget while earning the city the highest possible municipal credit rating, and has instituted pension reform. He has worked to lower crime by helping create over 140 Neighborhood Watch programs in Downey and by passing a tough Sexual Offender Ordinance. He was named Los Angeles County’s Non-Partisan Elected official of the Year and is president of the Independent Cities Association, representing 53 cities and 7 million residents. Working with GROW Elect,
Mario helped elect a Republican-majority onto the city council in Downey.

Mario came from Cuba as a child and was raised in Los Angeles County. He is a successful businessman who co-founded and serves as president of Scanlon-Guerra-Burke Insurance Brokers (SGB-NIA). His firm was recently named one of the Top 10 largest brokerage firms in Southern California by the Los Angeles Business Journal.

Mario was ordained a Deacon in the Catholic Church in 2002.