This past Tuesday was Election Day in local jurisdictions across California, and it marked a milestone for GROW Elect – we turned 100!  We have now successfully helped over 100 Latino Republicans win elections for local offices in the Golden State!

We are proud of all of our candidates for their dedication and hard work. Together we have made a positive difference in elections across California.  November 3rd was another dramatic example of that as a majority of GROW Elect’s candidates won office.

A number of GROW Elect reform candidates were able to beat the odds and unseat incumbents. Alex Vargas won a landslide victory over the incumbent to become Mayor of the City of Hawthorne, first-time candidate Sonia Frasquillo beat out an incumbent to join the Covina Valley School Board, Ramon Medina captured a seat on the Maywood City Council in a major upset, Gloria Olmosunseated an incumbent for the South El Monte City Council, and Linda Santos won her race for the Oakdale Irrigation District Board in the Central Valley. 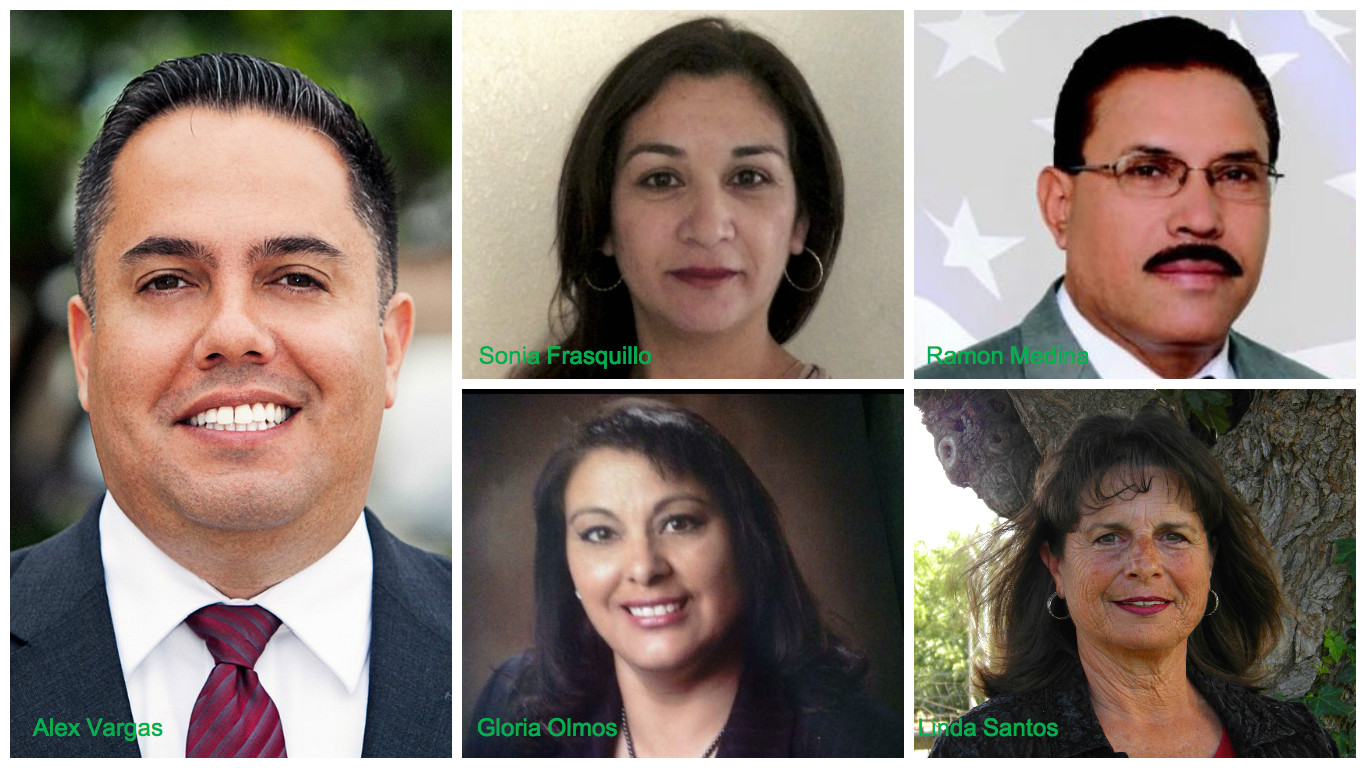 Other new victories for GROW Elect included Dennis Trujillo for the Palmdale School Board, William Gutierrez for Downey School Board, Frank Figueroa for Southern Coachella Valley Community Services District Board, Carlos Fierros for Patterson Joint Unified School Board, Maria Guadalupe Lopez for Lynwood School Board and Sarah Evinger for the Chino Valley Fire District Board.

We are proud that, in our short history, we have helped to elect 101 individuals to office across the state. In addition, some of our early successful candidates won re-election this past Tuesday, including Carol Herrera who was returned to the Diamond Bar City Council, John Valdivia for the San Bernardino City Council and Gloria Ramos for the Centinela Valley Union High School Board.

GROW Elect helped each candidate in a variety of ways depending on each campaign’s needs. We provided financial support, ran aggressive phone bank programs, offered campaign advice, and produced mailers and walk pieces.

We are excited to build on our momentum as we prepare for a record number of campaigns in 2016.  We have already begun to recruit qualified Latino Republican candidates for local offices in next year’s elections. Thanks to our supporters and partners we will continue to win and to build a stronger California.