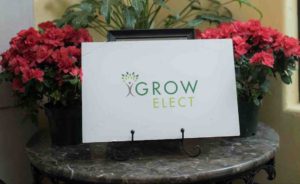 The Central Valley is a crucial target region for GROW Elect. Last week we held a successful special event in the City of Tracy to highlight two local Republican Latina City Council Members and promote GROW’s efforts in the area.

Tracy Mayor Pro Tem Veronica Vargas (Pictured Top Left) and Council Member Juana Dement (Pictured Top Right) welcomed guests to the luncheon. Both elected officials are up for election in 2018, and their candidacies are top priorities for GROW Elect. Representative Jeff Denham served as Honorary Chair for the event and Denham District Director Mike Anderson also made opening remarks on behalf of the Congressman. 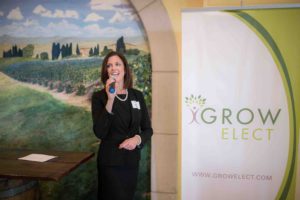 California Republican Party Vice-Chair and Stanislaus County Supervisor Kristin Olsen (Pictured Above) gave an enthusiastic and inspiring Keynote Speech. She talked about the importance of GROW Elect and its successes and the party’s work on a strategic messaging effort to expand the GOP in California. 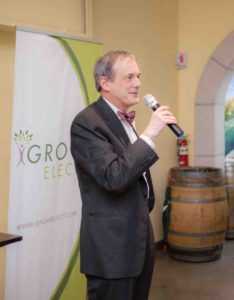 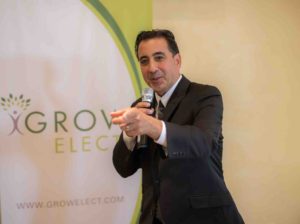 Hollister Mayor Ignacio Velazquez (Pictured Above) concluded the event with an energetic and humorous speech about his efforts to reform his city’s finances and the role GROW played in his election as Mayor.

GROW Elect is grateful to local businessman Jeff Brown for his generous hosting of the event at the Windmill Ridge Winery.

GROW Elect looks forward to building on the energy and excitement at the Tracy event to help propel GROW on to more Central Valley victories in 2018 and Veronica and Juana on to re-election.