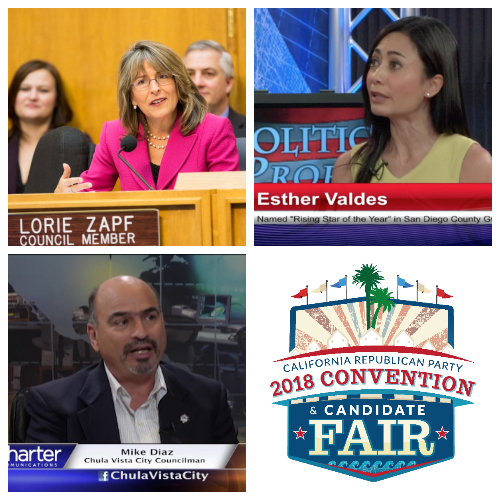 When California Republican Party delegates convene in San Diego this weekend, they will meet some of the party’s most dynamic local elected officials.

San Diego City Councilwoman Lorie Zapf, the first Latina on the Council, is in a crucial battle for re-election.  A Republican in a Democratic-leaning area, Lorie is a key ally of San Diego Mayor Kevin Faulconer and her race is vital to the Mayor’s agenda. Lorie is a fighter and she is standing strong against attacks from the Democrats and the city’s powerful government employee unions. Losing this seat would give Democrats a veto-proof majority on the City Council.  Learn more about Lorie and how you can help her and Mayor Faulconer: https://www.loriezapf.com/

Coronado School Board Member Esther Valdes has electrified Republicans across the county with her passionate conservatism and calls for reform and more local control of education. Chula Vista City Councilman Mike Diaz, serving as a key vote on the council of San Diego County’s 2nd largest city, has been focused on improving government services and strengthening public safety.

One of our party’s most impressive and qualified candidates across the state is Retired Superior Court Judge Luis Vargas, who has stepped up to challenge a controversial incumbent in the 40th State Senate district.

These Latino Republicans, and many more throughout San Diego and California, are making a difference!

As our state becomes more diverse, Republicans will succeed by reaching conservative voters in diverse neighborhoods in every corner of our state. 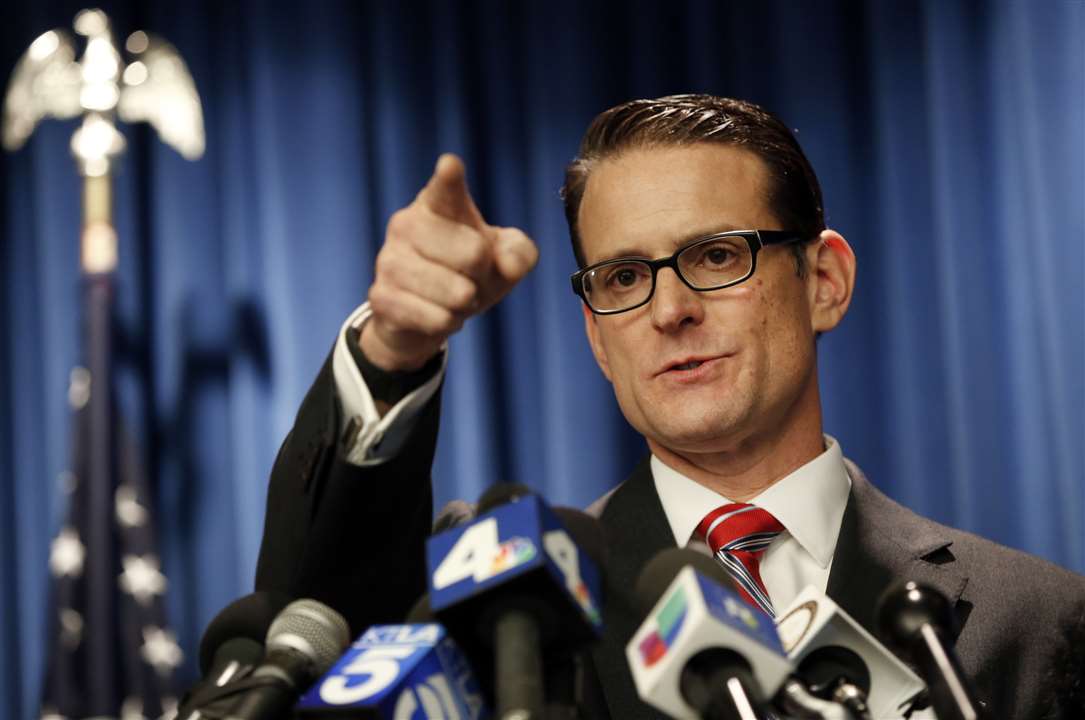 Riverside County’s Republican Latino District Attorney, Mike Hestrin, has been one of GROW Elect’s rising stars since he was first elected in 2014. Now, as he faces re-election, he’s receiving national attention and praise for his handling of the tragic family torture and child abuse case which emerged this year in Perris, CA.  Hestrin’s firm but compassionate handling of the difficult case has earned him plaudits from a wide spectrum of voices.

This comes on the heels of his earning widespread respect for his strong management of the district attorney’s office. GROW Elect continues to believe that Mike Hestrin is a name you’ll be hearing a lot about in the future.