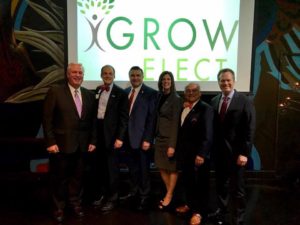 Over 120 California Republicans and dozens of Latino Republican elected officials and candidates packed the GROW Elect reception at the CRP convention this past weekend in Sacramento. GROW celebrated reaching over 180 victories since its creation and the election of 50 new Latino Republicans this past November.

GROW Elect congratulates Kristin Olsen and Mario Guerra on their elections at the convention to key leadership positions in the CRP. We are grateful to have such enthusiastic and sincere supporters of GROW Elect’s efforts to strengthen the Republican Party and empower Latino Republicans as part of CRP leadership.

Join Us for A Special Central Valley Luncheon on March 21st 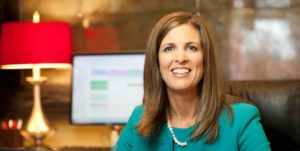 The Central Valley is a crucial swing region and a target for GROW Elect and California Republicans. We are hosting a special GROW Elect Luncheon on Tuesday, March 21st in Tracy to strengthen and expand our statewide network.

We invite potential candidates, supporters and others who are interested in our mission. Please contact us by email at info@growelect.com if you would like to attend the luncheon. Space is limited and RSVP is required