GROW Elect is proud of the men and women we have supported for public office across California. Here is an update of a few of our successful elected officials and candidates. 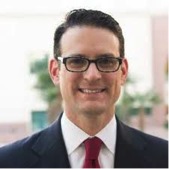 One of GROW Elect’s stars is new Riverside County District Attorney Mike Hestrin. The new DA has launched an innovative crime prevention unit focused on crime prevention programs in the community.  Hestrin credits his deputy district attorneys, who volunteer their time on top of their regular caseloads, for the success of these efforts which are funded by private contributions and not tax dollars.

One particularly noteworthy effort is a youth court program that has youthful offenders (middle school and high school) prosecuted and put on trial by their peers.  Deputy D.A.s and a judge volunteer their time to help organize and facilitate the trial. And, they are getting results. “The early numbers for the at-risk youth going through these programs are startling,” according to Hestrin.  They are avoiding a new offense within a year at a rate of 75%!

Recently, a critical state audit uncovered that the city of West Covina government had lost $2 million of taxpayer dollars due to “serious and pervasive deficiencies.”  City leaders have failed to comply with state law which lead to large contracts being awarded that were not competitively bid.

Fortunately, fiscal reformer Joe Lara-Gardner is running for West Covina City Council this November to help clean up his city’s mismanaged finances and end unethical government conduct.  Like so many of GROW Elect’s candidates, Joe is a reformer who will focus on fiscal responsibility and effective community services.

GROW Elect is proud to endorse Joe’s candidacy because he’s running on a platform of strengthening government transparency and fiscal oversight, balancing the budget responsibly and generating policies that will encourage jobs and economic growth. If you’d like to support this proud Republican Latino reformer, please visit http://www.vote4joegardner.com/contributions/index.html

Violeta Lewis recently completed her term as Mayor of the City of La Puente.  Public safety has been a priority for her.  During her mayoral term, she started an innovative program – Project L.E.A.D.  – to engage local students with civic leaders and to promote positive behavior in school and in the La Puente community.

As Mayor, Violeta organized a Gang Injunction town hall meeting, and she hosted the Mayor’s Prayer Breakfast in her ongoing effort to partner with clergy and community organizations to work together to keep crime down in La Puente. Her efforts and focus on the issue has resulted in a reduction in crime in the city. Under her leadership, La Puente has made the list of “50 Safest Cities” for two years in a row.

GROW Elect is proud to again support Carol Herrera for Diamond Bar City Council this November. Councilwoman Herrera is a well know Latina leader in Diamond Bar and one of the San Gabriel Valley’s most respected local elected officials.  She is the latest example of a strong Latina who is working to improve her community.  GROW Elect has helped Latino and Latina Republicans win almost 100 elections for office in California, and it’s gratifying for us when we can repeatedly help well-qualified Hispanic Republicans for public office.