2015 was a milestone year for GROW Elect.  We are proud to have helped over 100 Latino Republican candidates win elections to local offices across California!  Recent weeks have been filled with happy moments as we celebrated GROW Elect supported candidates being sworn in to their official positions. 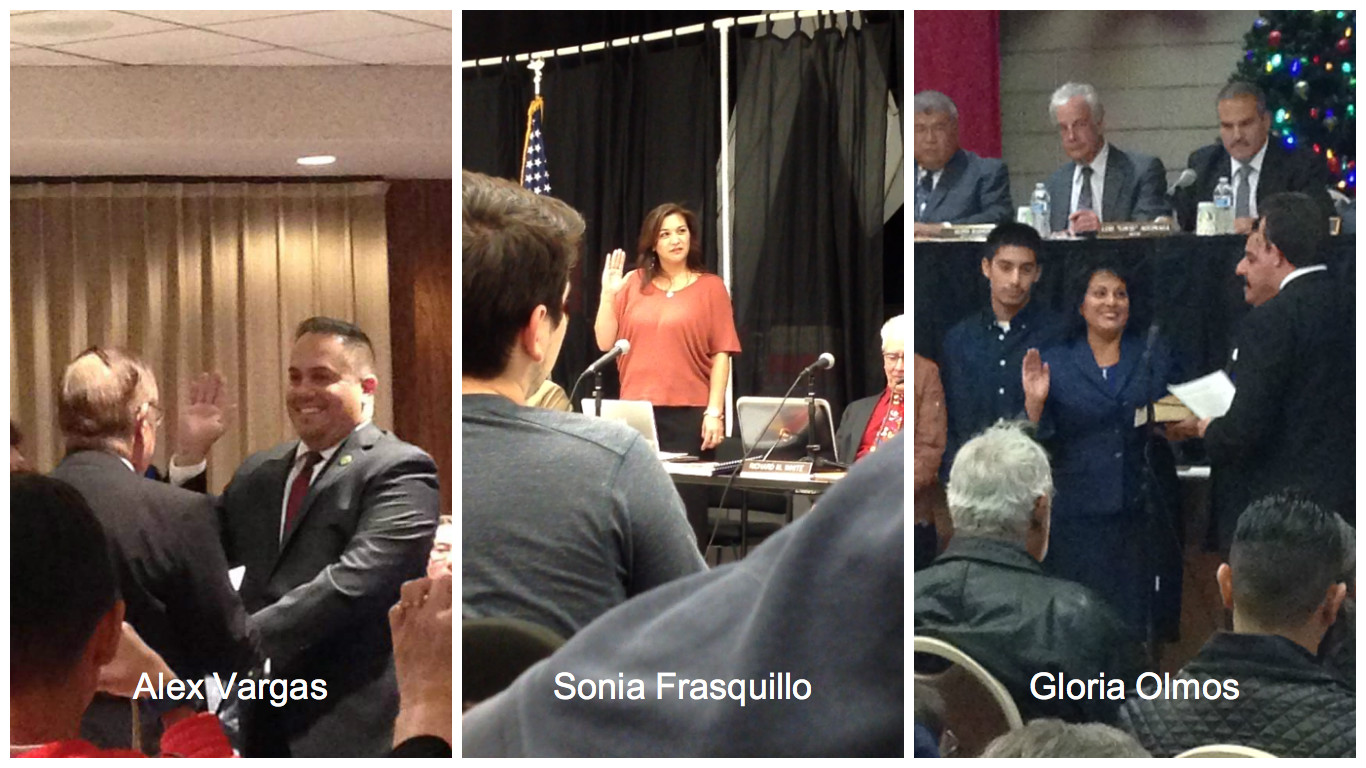 Other GROW Elect winners sworn-in this month include Carol Herrera for the Diamond Bar City Council, Dennis Trujillo for the Palmdale School Board, Maria G. Lopez for the Lynwood School Board, Willie Gutierrez for the Downey School Board,  Ron Esquivel for the Rosemead School Board, and Sarah Evinger for the Chino Valley Fire District. 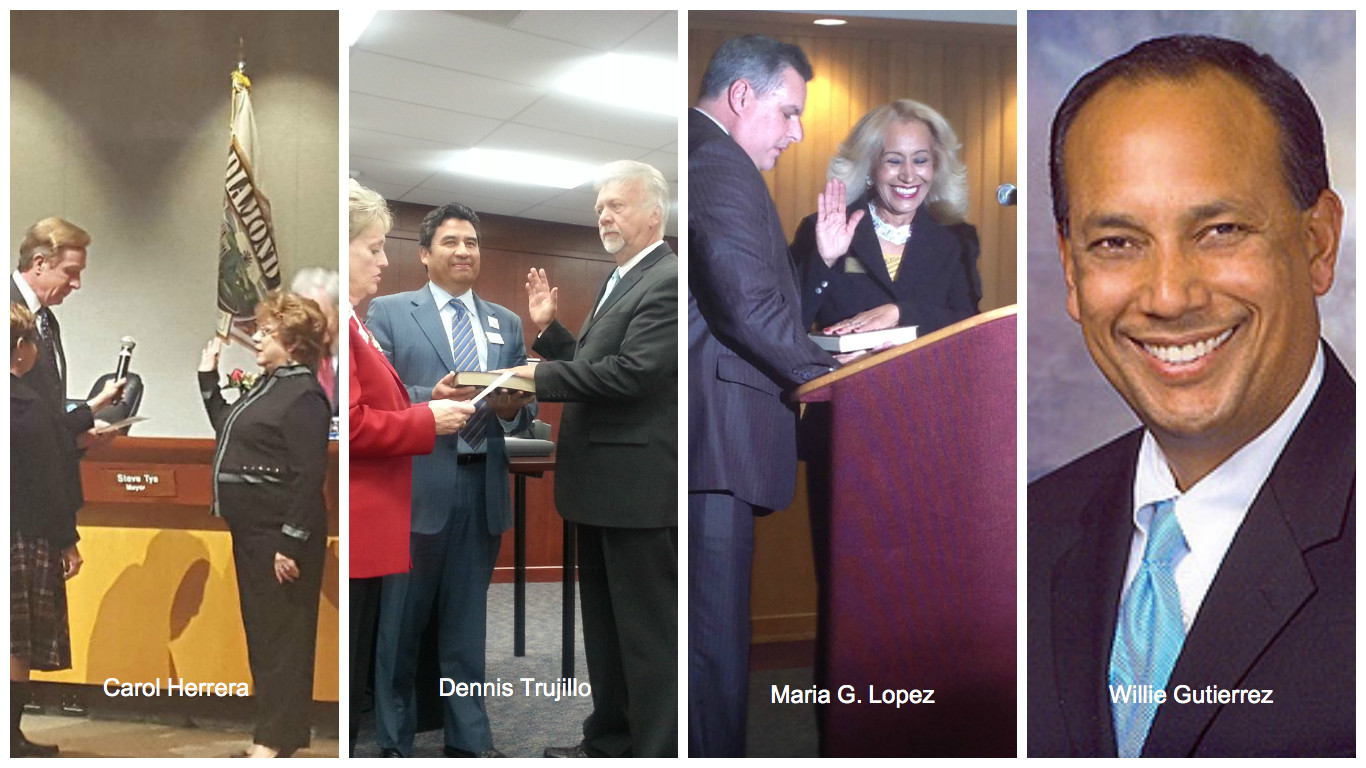 Also this month, previous GROW Elect winners Marcos A. Diaz and Rodolfo Linares assumed the Presidency and Vice-Presidency, respectively, of the San Ysidro School District Board in San Diego County, where their leadership has already led to a dramatic turn-around in the school district’s finances and management.

We are honored and grateful to have supported these energetic new Latino Republican leaders and look forward to working with them in the future to improve communities across California!